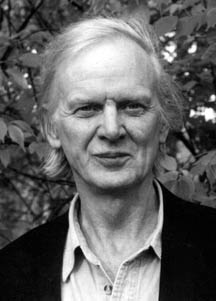 Anthony Blake was born in Bristol, UK in 1939. As a youth he became attracted to physics and mathematics but found equal fascination in the worlds of philosophy, history, and art. He entered university to take an honors degree in physics. During this time, he met and worked with physicist David Bohm. As a student he became embroiled in the campaign for nuclear disarmament. Graduating in physics, Anthony went to Cambridge to study the history and philosophy of science. He discovered the writings of John Bennett, a student of Gurdjieff.

Following up on this discovery, he went to Coombe Springs, Bennett's headquarters. At Coombe Springs he took part in the educational research program that Bennett originated, becoming a research fellow of Bennett's Institute for the Comparative Study of History, Philosophy, and the Sciences. He was involved in the development of structural communication, undertook projects involving Westinghouse, IBM, and worked as a management consultant.

Anthony helped in the crystallization of systematics, the discipline of understanding that Bennett evolved from the teachings of Gurdjieff and Ouspensky. He was Bennett's main assistant in the writing of the last two volumes of the 'Dramatic Universe', Bennett's magnum opus. While at Coombe Springs, Anthony witnessed and was deeply impacted by Subud, the teachings of the Shivapuri Baba and the coming of Idries Shah. He also encountered and was influenced by Edward Machett, a self taught genius working on the realisation of human potential, John Allen, founder of Synergeia an organization with a global quest to correlate ecology and culture, G. Spencer Brown, mathematician who became famous for his work on the laws of form, and Charlotte Bach, who had astonishing insights into time, consciousness, and alchemy.

In the 70's, Bennett established an experimental school for continuous education, Sherborne, to prepare individuals for the coming times of trouble. Bennett invited Anthony to join the staff of Sherborne. When Bennett died in 1974, Anthony together with Elizabeth Bennett became the main carrier of the teaching. He also devoted himself to collating, editing, and publishing Bennetts last teachings.

In the 80's Anthony worked with John Allen on the Biosphere 2 Project. Together with Ted Matchett he developed new methodologies for practical enlightenment. He also began exploratory seminars with individuals who had been affected by the ideas of John Bennett. Anthony regards Bennett's work as indicating a water shed in the evolution of human thinking that necessitated many more radical steps. To this end, he founded the Duversity based on the principles of everything all at once, hazard, dialogue, and idea of integration without rejection.

In the 90's, he discovered the principles of N-logue,(intentional dialogue through structural discipline) and was initiated into dialogue through the School of Ignorance. He wrote 'The Intelligent Enneagram,' published by Shambhala and began a series of video dialogues with representatives of traditions ancient and modern. To date, Anthony advocates the Fifth Way, in place of Gurdjieff's Fourth Way. Fifth Way meaning, that which is centered in self-initiation capable of assimilating information from any source. He looks forward to entering the Sixth Way when he will be able to take part in events that transform human thinking and contribute to the evolving noosphere. He now lives in the Borders of Scotland, with his wife and six children.

and is working on 'Ways of Higher Intelligence', based on the Baltimore seminar-dialogue of that name held in March, 1999.

Anthony is editor of Future Management and the CMC (Centre for Management Creativity) Newsletter. He assisted John Bennett in the writing of the last two volumes of "The Dramatic Universe" and has been responsible for editing and compiling numerous other books by Bennett including:

Much is forthcoming or in preparation: